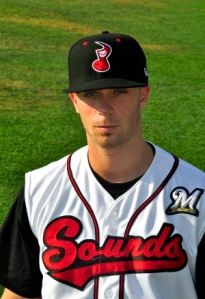 In his second start since being demoted from the big league roster on July 30, Brewers right-handed pitching prospect Tyler Thornburg took to the mound Tuesday night for the Nashville Sounds on the road against the Sacramento River Cats, the triple-A minor league affiliate of the Oakland Athletics.

Here are a few of my own observations on Thornburg’s performance.

What did he throw?